This old school platformer will trigger some nostalgic feelings!

19 November 2019 Game publisher Headup is pleased to announce their old school platformer Bloo Kid 2 is now available for Nintendo Switch. If you are a fan of the 2D platformer genre, this is going to be right up your alley! So, get ready for some nostalgic feelings and jump and run your way through the levels of Bloo Kid 2!

Accompanied by a classic chiptune soundtrack you will survive some epic boss fights or completely delve into the game by searching all its secrets hidden all over the vast world. By the way - by collecting enough stars, players will unlock and discover 15 challenging bonus levels! Jump, run and swim through even more colorful pixelated worlds!

14 November 2019 It’s time to channel your inner Dominic Toretto and live your life a quarter-mile at a time — out-of-control physics racing platformer Fromto: Toy Cars in Hell is available now on Steam Early Access. From publisher Headup and developer Studio Erikson, Fromto: Toy Cars in Hell actively encourages you to enact total CAR-nage on the race track as you build friendship-ending race tracks and put your nice, reliable automobiles to the test as they speed down death-defying loops, crash through raging fire traps, and escape car-crushing obstacles of doom— alone or against three friends!

Like every modern mega-corp, Everreach employs its own personal security task force to handle company-related emergencies; here it has you exploring the newly discovered planet Eden, in preparation for humanity’s arrival.
Read more

12 November 2019 Today, publisher Headup and developer ClockStone Software are thrilled to announce that the first DLC for their popular physics puzzle game Bridge Constructor Portal is available today for players to enjoy on PC, Xbox One, Nintendo Switch, and mobile devices. In the new “Portal Proficiency” DLC, players return to the Aperture Science Enrichment Center and face all new challenges as they work through 30 new test chambers, each featuring mind-bending construction puzzles. Along with that — players may now selectively place portals, just like in the original games in the Portal series.

Only the bravest (and smartest) participants will succeed and receive the Golden Condolence Letter!

Get ready for some nostalgic feelings when you jump, run and swim through this old-school platformer

Headup and winterworks are bringing Nintendo Switch players nostalgic feelings when they jump, run and swim through the five colorful pixelated worlds of Bloo Kid 2. Accompanied by a classic chip-tune soundtrack they will delve into the game's search for stars and secrets hidden all over the vast world. By the way - collect enough stars and you will unlock 15 challenging bonus levels!
Read more

Early Access buyers will receive a free Survival Guide/Artbook and an eerie Original Soundtrack. This pack, with a combined value of £6.59 / €7.99 / $7.99, will be delivered with the game's official full release in Q1 2020.

The Coma 2: Vicious Sisters continues the dark and sinister adventure from The Coma: Recut’s once-familiar, but now deserted and distorted, Sehwa High School. Featuring vibrant, hand-illustrated in-game visuals by Minho Kim and a nightmarish story of relentless pursuit by T.L Riven, The Coma 2: Vicious Sisters precariously balances the urgency of exploration with the need for survival... jump scares are guaranteed!


Pursuer, Dark Song, is ever more fearsome and powerful than she was in The Coma: Recut and features new AI technology making the challenge more compelling than ever. The only way to survive is to venture beyond the boundaries of the school into the surrounding district, as you uncover clues full of dark secrets and engage in strange encounters.

The Coma 2: Vicious Sisters is set for full release Q1 2020 on Steam for PC, Mac & Linux with further details on other platforms to be announced.

06 November 2019 In just one week from today (Nov 12), publisher Headup and developer ClockStone Software will release the first DLC for their popular physics puzzle game Bridge Constructor Portal on PC, console, and mobile. In the new DLC, dubbed “Portal Proficiency”, players return to the Aperture Science Enrichment Center and experience a brand-new set of challenges as they will face 30 new test chambers, each featuring mind-bending construction puzzles. Along with that, in response to many requests since the game’s launch, players will now be able to place portals, just like in the original games in the Portal series.

Only the bravest and smartest participants will succeed and receive the Golden Condolence Letter.


The Bridge Constructor Portal “Portal Proficiency” DLC will be available for PC, iOS & Android, Nintendo Switch, Xbox One, Mac, and Linux on November 12.

The bridge is a lie!

31 October 2019 Today, developer Elder Games and publisher Headup released a new trailer for Everreach: Project Eden, their sci-fi action RPG that has you exploring the newly discovered world of Eden as you prepare it for humanity’s arrival. In the new trailer, you’ll be introduced to the game’s backstory and lush visuals: 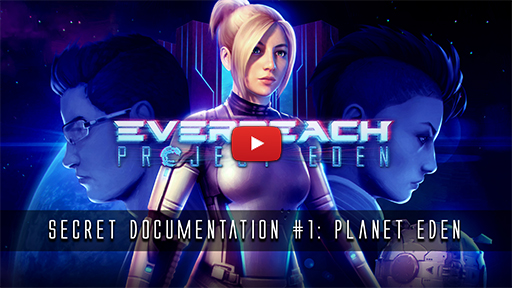 Along with today’s new trailer, the team is pleased to announce the game will be released in December 2019.

Everreach: Project Eden is a fast-paced, story-driven action-RPG set on the visually stunning planet Eden. In Everreach, you play as Nora Harwood, a member of the Everreach Corporation’s Security Division who is on a mission to clear the planet for colonization and investigate recent unusual happenings on the planet’s surface.

Explore a vast alien world and descend into its depths to discover the ancient secrets of a long-forgotten civilization. Packed with engaging ground combat, high-speed vehicular warfare, and a compelling level and skill system, Everreach immerses you in its intriguing story and diversified gameplay.

Be sure to check out the new trailer, and if you have any questions about Everreach: Project Eden, or would like to talk to the developer, just drop us a reply.